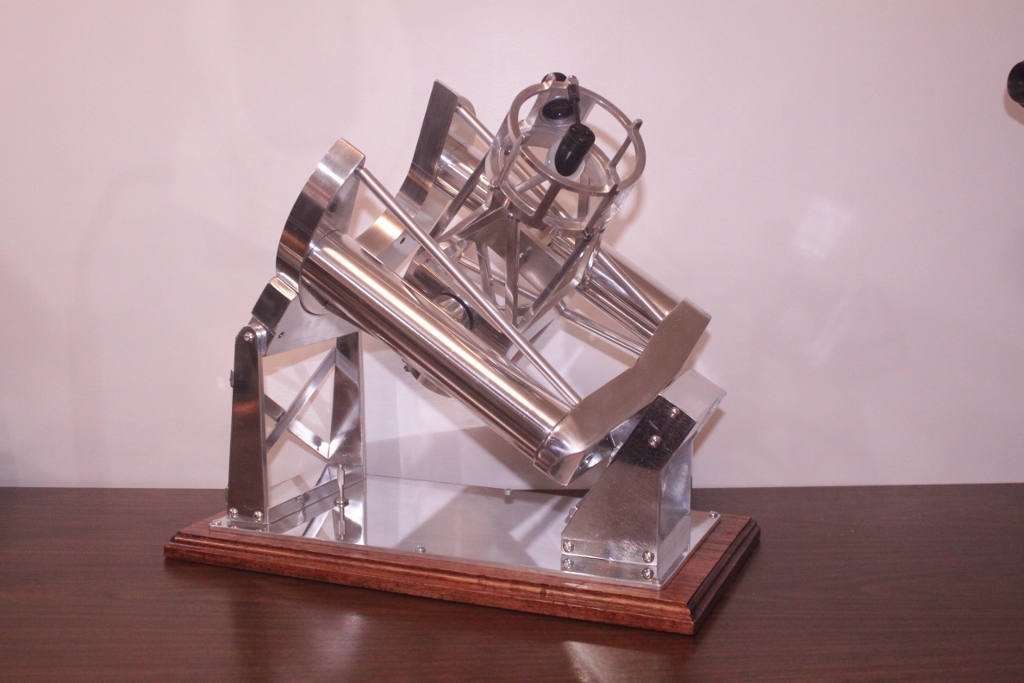 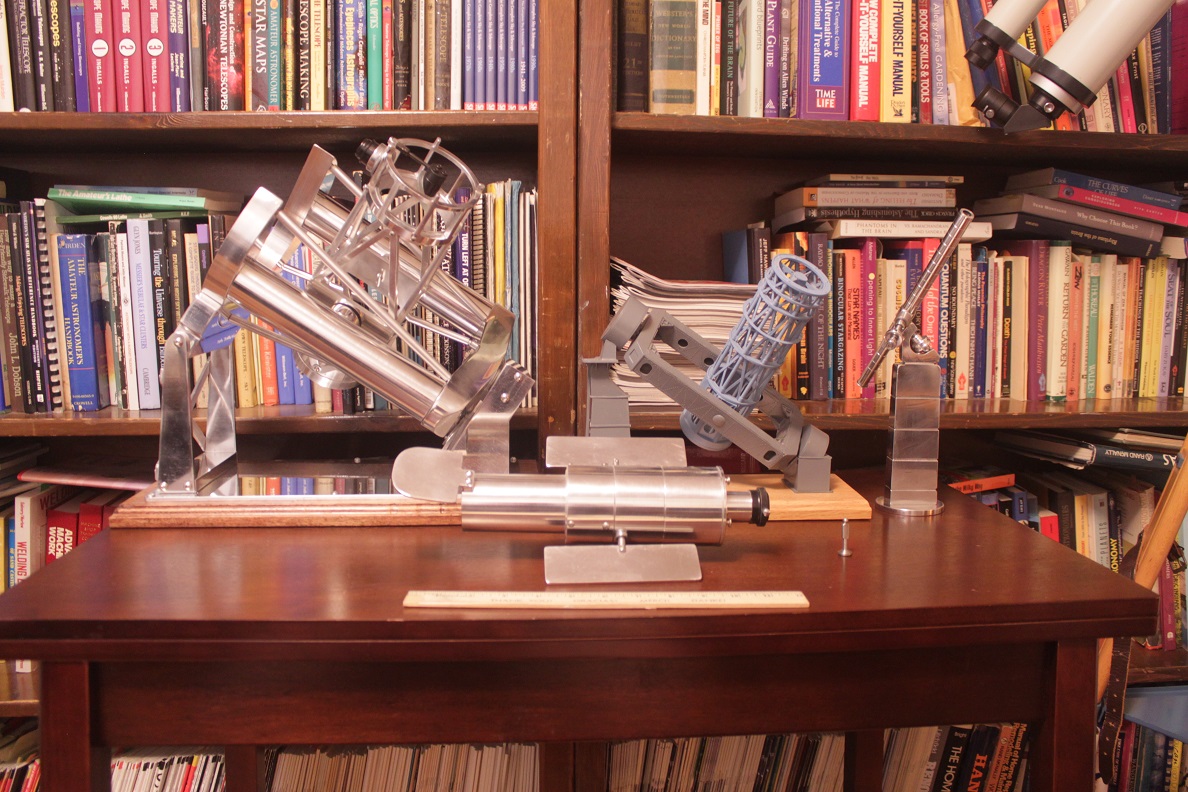 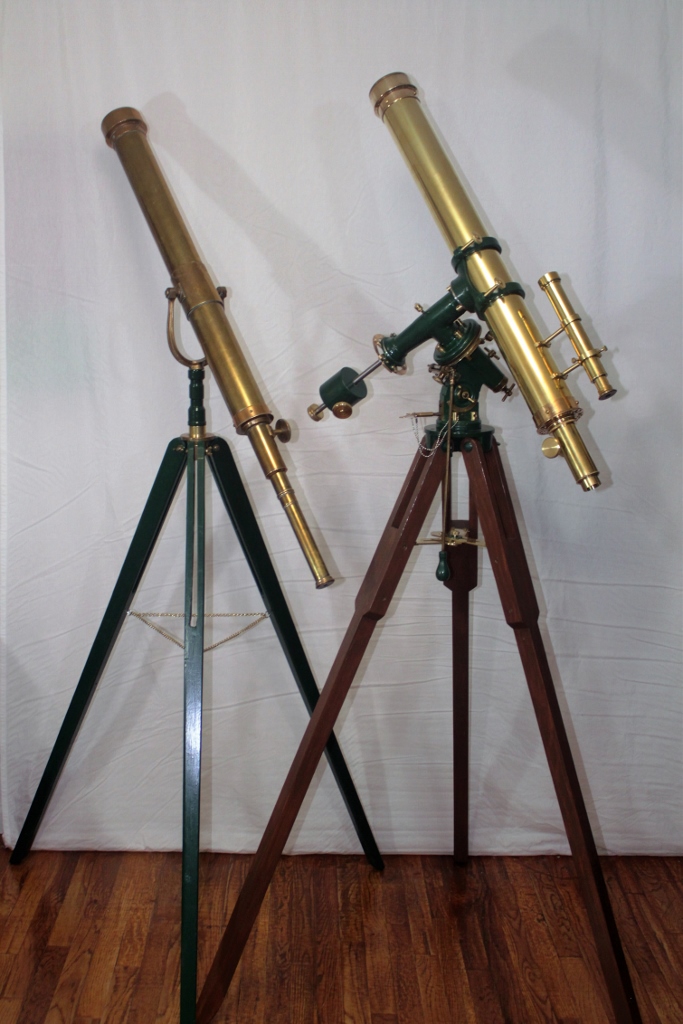 This is a pair of Mogey 3 inch telescopes. They probably date from the 1920’s or so. The one on the left is completely original except for the tripod, which I made. The one on the right was a mess when I got it, with a very strange declination housing. Here’s a picture. 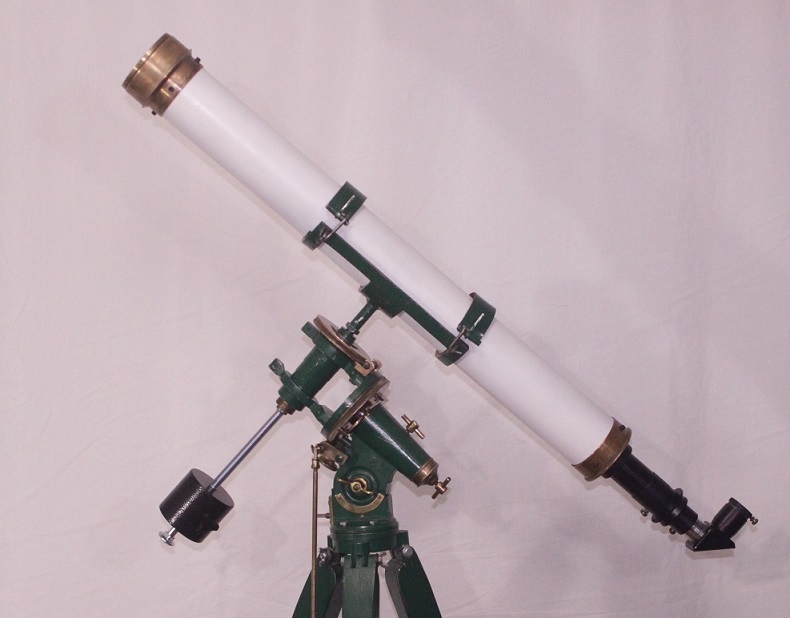 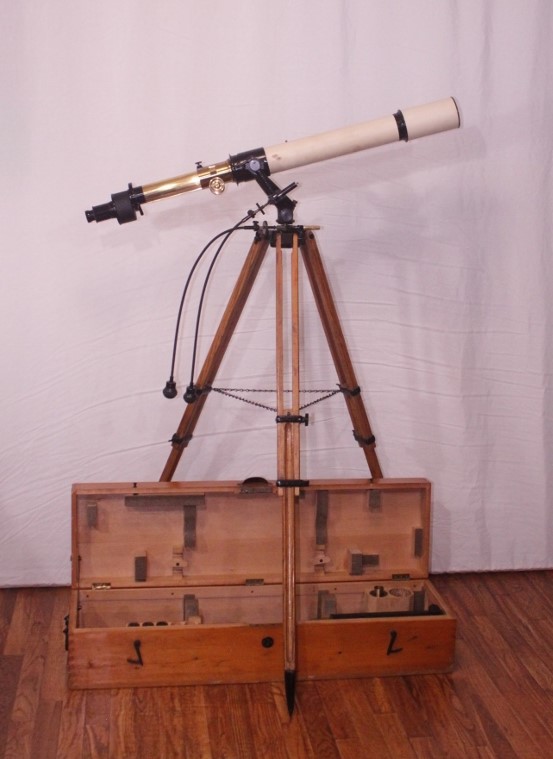 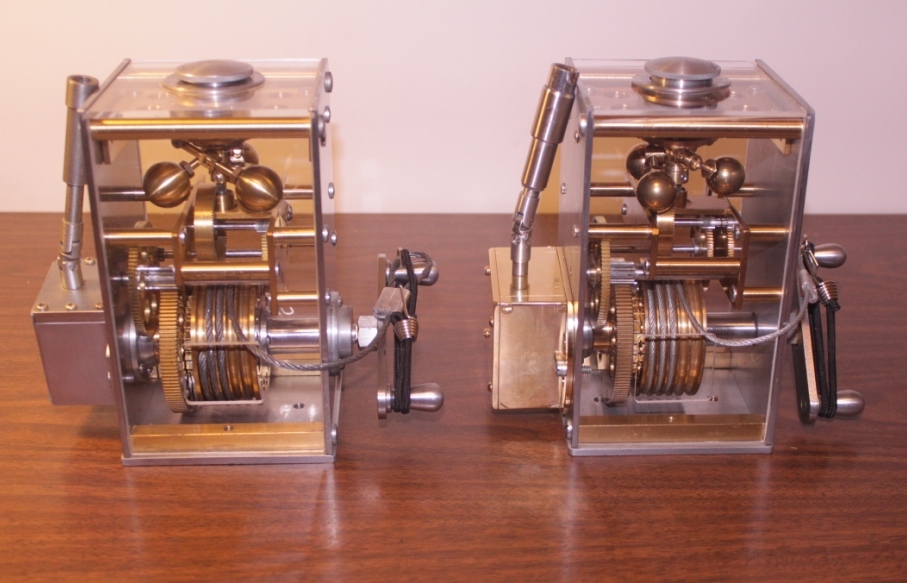 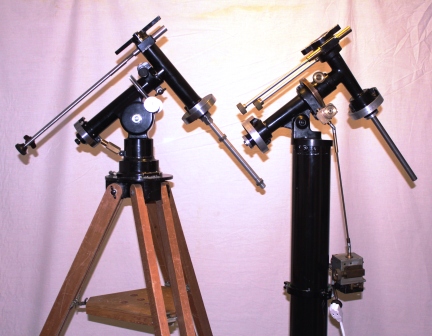